Best prices of Train+leisure and Train+hotel+leisure GUARANTEED by buying with +30 days
We are at your disposal to answer your questions in our customer service
Your purchases here generate Points Renfe that you can also use to credit your purchase.
Easy and safe shopping process, so you can buy it very easy

Very important. The schedule for events, services or entrance tickets to shows included in any of the packs of Renfe Viajes Ocio are INDEPENDENT to the train schedule.

REMEMBER. Set a date and time in between the departure and the return train, to avoid complications!.

Not Renfe nor Viajes Reina take responsabilities for the lost of the trip because of the previously pointed. .

If you are a group of more than 9 person, leave us your contact data and what you want to do, and we will contact you

From ¡I WANT IT! Searching your price 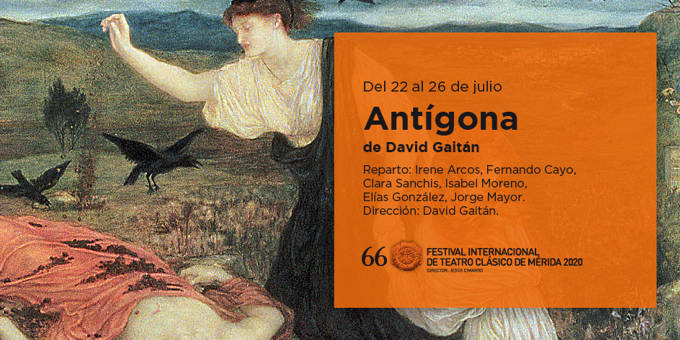 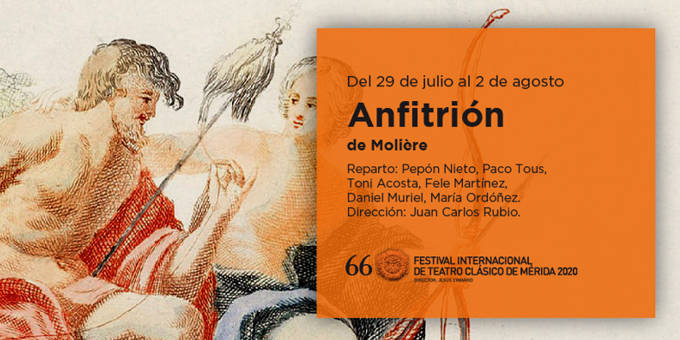 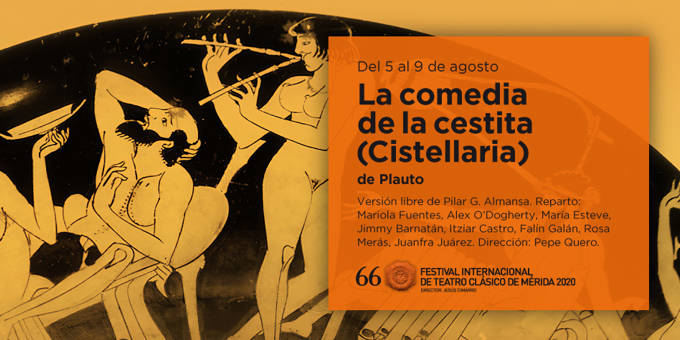 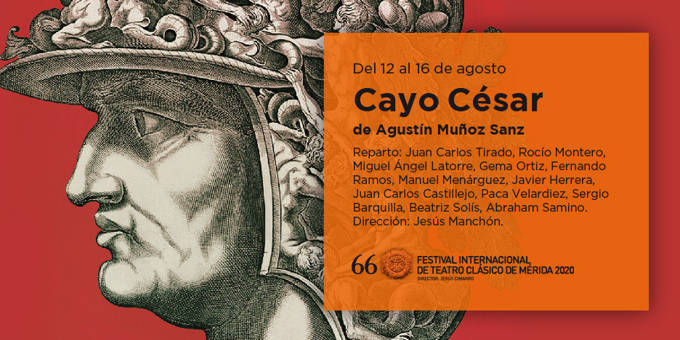 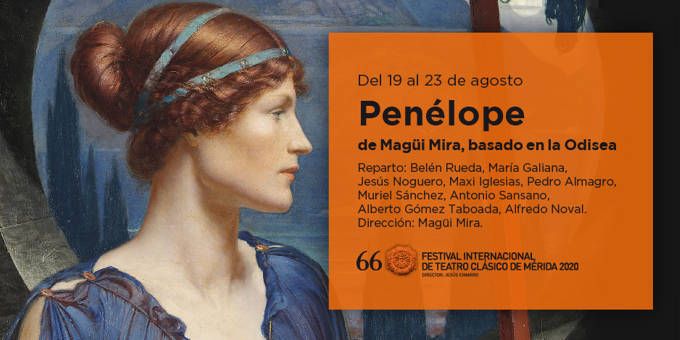 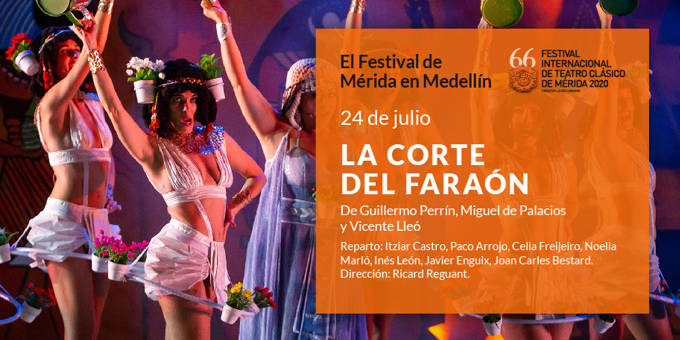 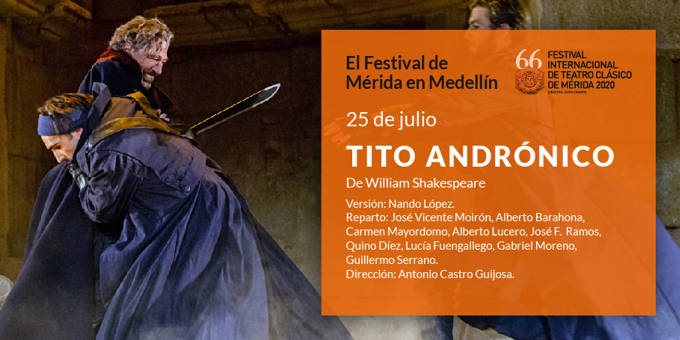 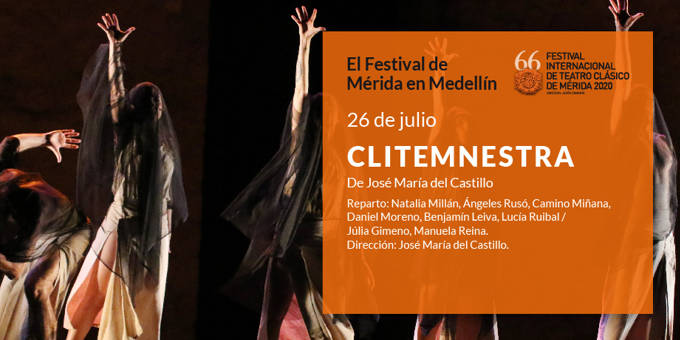 The extreme company El Desván, in co-production with the Spanish Theater,will be in charge this year of inaugurating the Festival, from July 22 to 26, with an Antigone in a Mexican vision, which is given by the author of the text and director David Gaitán with a new theatrical approach to democracy.Irene Arcos heads the artistic painting as Antígona, along with Fernando Cayo, Clara Sanchis, Isabel Moreno, Elías González and Jorge Mayor. This production has the collaboration of the Embassy of Mexico.

It will be followed, from July 29 to August 2, by the humor of the classic by Moliére Hostess. The director and author Juan Carlos Rubio leaves his personal stamp on this comedy of gods and mortals from Greek mythology, to which Pepon Nieto, Toni Acosta, Fele Martínez, Paco Tous, Daniel Muriel and María Ordoñez will put their bodies and voices. A production of the Festival with Mitxolobo.

And there will be more humor to follow with Plautus, as classic as it is. The laughs are served with the premiere of La comedia de la cestita (from August 5 to 9), co-produced by the Festival with GNP Productions., La comedia de la cestita adapted by Pilar G. Almansa and directed by Pepe Quero, brings to Mérida a purely Plautian comedy of entanglements, but in which the protagonists are the women and who will give life to Mariola Fuentes, Alex O'Doherthy, María Esteve, Jimmy Barnatán, Itziar Castro, Falín Galán, Rosa Merás and Juanfra Juárez.

The tragedy will center the penultimate proposal of the Festival with Cayo César (from August 12 to 16) of the Atakama company. Cayo César is a one-act drama, written by the playwright Agustín Muñoz Sanz and directed by Jesús Manchón that enters the most outstanding public stage of the third emperor of Rome, better known as Calígula. A wide cast from Extremadura led by Juan Carlos Tirado will give life to this story about evil and power: Rocío Montero, Miguel Ángel Latorre, Gema Ortiz, Fernando Ramos, Manuel Menárguez, Javier Herrera, Juan Carlos Castillejo, Paca Velardiez, Sergio Barquilla, Beatriz Solís and Abraham Samino.

To close this 66th edition, a montage where women take on a special role: Penélope (from August 19 to 23). The director and author Magüi Mira, who has acted and directed in Mérida on different occasions, returns to lead a production of the Festival and Pentación Espectáculos to give women a voice, in this case elevating the role of Penelope from the Odyssey of Homer, the wife of Ulysses. To do so, there will be an exceptional cast of actors and the debut of Belén Rueda at the Roman Theater in Mérida. Along with her will be María Galiana, Jesús Noguero, Maxi Iglesias, Pedro Almagro, Muriel Sánchez, Antonio Sansano, Alberto Gómez Taboada and Alfredo Noval.


The Festival in Medellín

The extension at the Roman Theater in Medellín will celebrate its seventh edition from July 24 to 26. The musical comedy La corte del faraón (July 24), co-produced with Rodetacón, with Itziar Castro, Celia Freijeiro, Paco Arrojo, Inés León, Joan Carles Bestard, Javier Enguix, Noelia Marló, among others, have been scheduled on this stage.

Tragedy Tito Andrónico, by William Shakespeare co-produced by Teatro del Noctámbulo and directed by Antonio C. Guijosa and starring José Vicente Moirón, will be performed on July 25. The last show will be Clitemnestra, by José María del Castillo, with Natalia Millán as head of the cast.

Can I buy single tickets for the festival?

Yes, you can choose the play between the dates available with or withouta hotel.

What advantages does the savings pack have?

The hotel and entrance pack is cheaper than buying it separately.

Can I choose a hotel and type of regime?

Yes, you can choose between all the available hotels that are shown, the number of nights and the diet that each hotel offers.

What security measures will be taken?

The 66th edition of the Mérida International Classical Theater Festival will comply with all health regulations for both the public and workers.Likewise, the guide of good practices that has been prepared by the Ministry of Culture in relation to the restart of stage and musical activity in Spain will be applied.

En este sentido, el Ayuntamiento de Mérida ha adquirido In this sense, the Merida City Council has acquired 50,000 8mm hydroalcohol masks and single-dose gels for spectators who attend the International Festival of Classical Theater to collaborate with the safety and confidence of the public who can attend the event.

Do you accept cancellations?

No, tickets are non-refundable, but with the hotel you can usually choose between non-refundable and flexible rates, as each hotel offers.

Where is the theater located?

By using the services of ocio.renfe.com managed by Viajes Reina, you will enter into a contract directly with Viajes Reina, without the intervention of RENFE Viajeros, and you will be bound only to its general contracting conditions.